The Brexit Vote: What You Need to Know 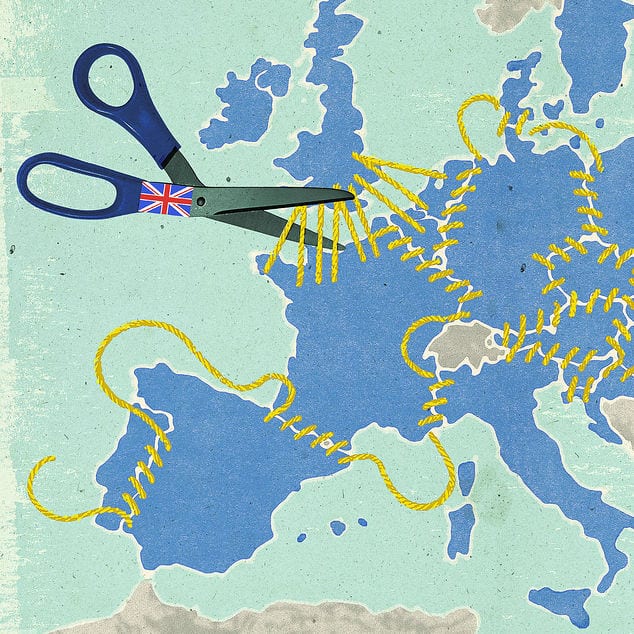 Friday we received the unprecedented news that the United Kingdom (U.K.) has voted to leave the European Union (EU). The U.K., comprised of England, Scotland, Northern Ireland, and Wales, has been a member of the 28-nation EU since 1975. The EU members are allowed to freely move goods, capital, services, and people among the member nations. However, they do not all share a single currency. (Countries within the EU that share a single currency—the euro—are referred to collectively as the Eurozone.) The Brexit vote was a referendum on whether the U.K. would remain part of the EU or leave, and the vote was to leave. British Prime Minister David Cameron, a strong proponent of remaining in the EU, immediately resigned.

Here we break down some of the highlights and key takeaways you need to know.

Next steps. The U.K. and EU will work over about the next two years to determine the terms of the U.K.’s economic separation from the EU. Therefore, nothing happens immediately—the U.K. has just made clear that it will separate. Until then, existing trade and immigration agreements will remain in place. However, many businesses are likely to start taking actions, such as finding new suppliers, reducing staff in the U.K., cutting costs, delaying investment due to uncertainty, or making plans to move headquarters out of the U.K. We expect central banks to intervene to help stabilize markets in the coming days. Additionally, with the resignation of the Prime Minister, the U.K.’s government will need to be reconstructed before these separation conversations happen in earnest.

The vote has led to increased market volatility. Although the pre-referendum polls showed a very tight race, in the days leading up to the vote, financial markets (equities, fixed income, commodities, and currencies) had begun to expect that the U.K. would vote to remain in the EU, driving equity and commodity prices and bond yields higher. Even in the last few hours of the vote, markets were convinced that the U.K. would vote to remain. When the vote went the other way, markets responded, leaving most markets back where they were in mid-June, although some (like the British pound, European stocks, and global banks) have fallen much further during overnight trading.

Recession risks for U.K. and EU may rise. The sharp drop in the British pound, the tightening of financial conditions in the U.K., and the economic and market uncertainty around the timing and pace of the U.K.’s separation from the EU are likely to cause a slowdown, and perhaps even a recession, in the U.K. in the next few quarters. Economic growth in the Eurozone is likely to slow in response to the U.K.’s decision to leave the EU. Given how slowly the region has been growing, the decision may tip the Eurozone economy into recession.

Recession risks for U.S. still well below 50%. After the U.K. vote to leave the EU, the odds of a recession in the U.S. have moved higher, but are still well below 50%, based on our analysis of macroeconomic factors such as business and consumer spending, housing, net exports, capital investments, and government spending. Tighter financial conditions (mainly a stronger dollar) may hurt our exports and manufacturing activity, and banks and commodities sectors will be impacted, but the U.S. economy is very resilient, and the direct impact of economic conditions in the U.K. and EU may be limited.

Not another Lehman moment. While this event was unexpected, and is likely to cause some near term and perhaps even some longer lasting financial market volatility, we do not think this is another Lehman-like moment.  The U.S. economy, U.S. banking system, and U.S. consumers are in far better shape today than in 2008; just yesterday, on June 23, the Federal Reserve (Fed) released data that showed all 33 U.S. banks passed the Fed’s stress test for their ability to handle extreme, 2008-like scenarios.

We reiterate our 2016 equity market forecast. We continue to expect mid-single-digit returns for the S&P 500 in 2016,* driven by better U.S. economic growth and an earnings rebound in the second half of the year.

Fed rate hike turns into rate cut probability. Futures show a small (15%) chance of a rate cut at one of the Federal Reserve Bank (Fed) meetings over the next few months and a rate hike has been priced out by the end of 2016. Friday morning the Fed  announced it is monitoring markets carefully and is ready to provide unlimited U.S. dollar liquidity via existing swap lines.

*Historically since WWII, the average annual gain on stocks has been 7-9%. Thus, our forecast is in-line with average stock market growth. We forecast a mid-single digit gain, including dividends, for U.S. stocks in 2016 as measured by the S&P 500. This gain is derived from earnings per share (EPS) for S&P 500 companies assuming mid-to-high-single-digit earnings gains, and a largely stable price-to-earnings ratio. Earnings gains are supported by our expectation of improved global economic growth and stable profit margins in 2016.

The economic forecasts set forth in the presentation may not develop as predicted.

The opinions voiced in this material are for general information only and are not intended to provide or be construed as providing specific investment advice or recommendations for any individual security. All performance referenced is historical and is no guarantee of future results. All indices are unmanaged and cannot be invested into directly.

Investing in stock includes numerous specific risks including: the fluctuation of dividend, loss of principal and potential illiquidity of the investment in a falling market.

Currency risk is a form of risk that arises from the change in price of one currency against another. Whenever investors or companies have assets or business operations across national borders, they face currency risk if their positions are not hedged.

The S&P 500 Index is a capitalization-weighted index of 500 stocks designed to measure performance of the broad domestic economy through changes in the aggregate market value of 500 stocks representing all major industries.

This research material has been prepared by LPL Financial LLC.

To the extent you are receiving investment advice from a separately registered independent investment advisor, please note that LPL Financial LLC is not an affiliate of and makes no representation with respect to such entity.