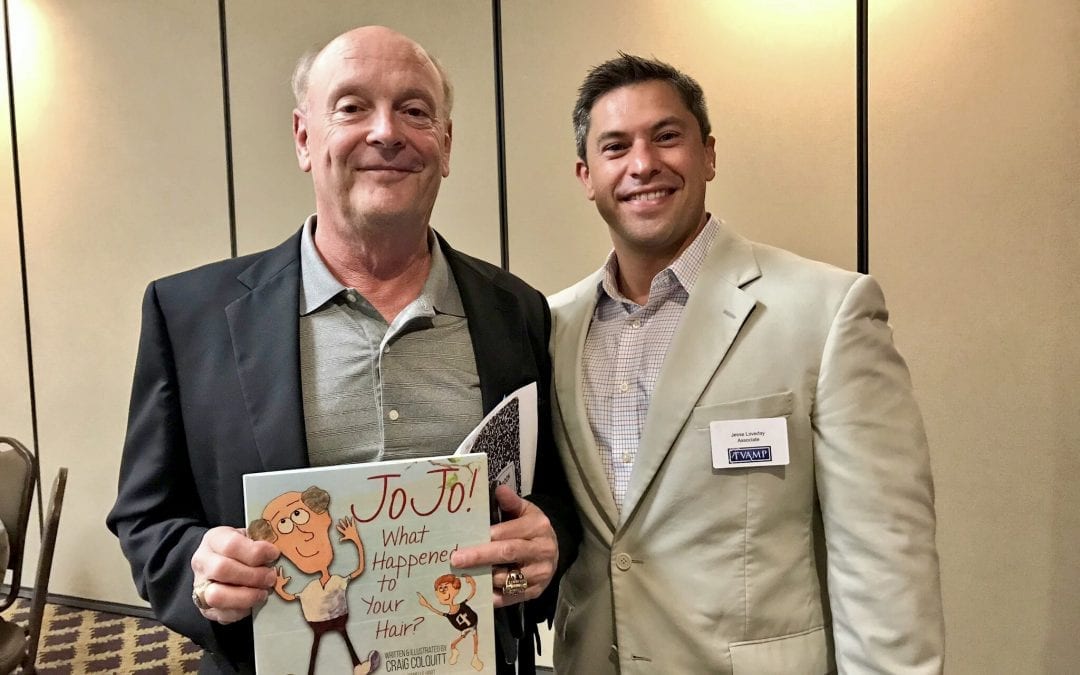 Craig Colquitt Spoke at our September Breakfast With Us!

Yesterday, we held our September Breakfast with Us!

Jesse Loveday, Client Services Associate introduced Craig.  Jesse said, “I grew up with his two sons, so I spent a lot of time in Craig’s house. I look up to Craig because of how humble he’s always been. He’s a great role model, and he taught me about the power of faith.”

Joseph Craig Colquitt spent seven seasons in the NFL with the Pittsburgh Steelers.

He was a member of two Super Bowl championships with the Steelers in ’78 and ’79. He is the father of two current NFL punters, Dustin and Britton Colquitt. Even his nephew, Jimmy Colquitt, was a punter for the Seattle Seahawks.

Craig shared stories from his NFL career that made us all laugh – including his times with Coach George Cafego and former Pittsburgh Steelers linebacker Jack Lambert.

He also talked about his grandchildren, his two sons, Dustin & Britton, and his children’s book, “JoJo! What Happened to Your Hair?” He made time to tell us about his faith in God and how it keeps him humble – despite all of his career accomplishments. (Video below)

We all had a great time chatting with Craig!

He signed autographs, gave out his “business card” and happily took photos with our group! You can read more about him on his website.

We enjoy hosting educational and inspirational events. It’s how we help you Live Invested. See what we’re doing next on our events page.