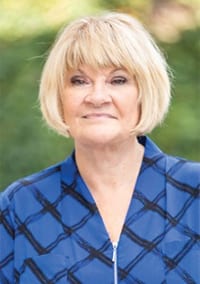 If you’re from Halls, chances are you might already know (and love) Judye Gribble. Through her career, her children, and her church, she has built strong relationships with the people of the community. Judye began her career in the financial industry in 1979 when she began working as a teller at First Tennessee Bank/First Tennessee Brokerage (FTB).

Judye quickly advanced in her career and achieved numerous awards while working with the bank. However, she says her most valued “award” was the opportunity to work with so many nice people. In 2016, Judye decided to join a longtime friend and coworker Burt Peake, Jr. in his move to independence. She still works directly with him as he helps clients build, manage, and preserve their wealth. Judye and her husband are enjoying a new phase in their lives: grandparenting! She is also making time to see travel, starting within the United States.

We’re Here For You: COVID-19 Resources

Last Updated: August 10th, 2020 Our goal is to help you stay calm and confident despite current market conditions. We understand during periods of market volatility or disappointing performance, some investors might be thinking about abandoning their strategy. We want...

Ask yourself, "What will my golden years hold for me?" Is the answer a comfortable home near a golf course? Free time to spend with your grandchildren? Or even a cross-country journey or trip around the world? Whatever your answer may be, the goals you dream about...

Too many focus on immediate needs versus saving for retirement American workers find it difficult to save for retirement because their distant financial needs tend to take a backseat to more immediate economic concerns, even if they have their day-to-day finances...

Regardless of which phase of the business life-cycle you’re in, you can get SMART about setting goals to motivate yourself, move forward to grow your business, and track your success. SMART goal setting for small business owners consists of steps defined by the...

Get To Know the rest of the team!

Our Team
We’re glad you visited us.

Our monthly financial e-mail could help you make wise choices about saving, investing, retirement planning, taxes, and legacy planning. Would you like to start getting it?