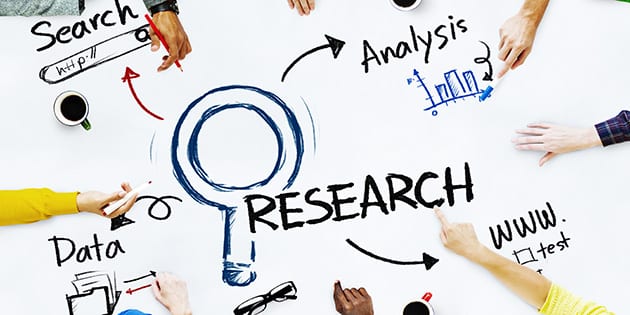 The Fed is widely expected to lower its policy rate 0.25% to a target range of 1.75–2%, following the first cut of the cycle in July.

The Federal Reserve’s (Fed) policy committee starts its sixth two-day policy meeting of the year today. At 2:00 p.m. ET Wednesday, following the meeting’s conclusion, the Fed will announce its rate decision and release a brief policy statement, accompanied by new economic projections. This will be followed by a press conference by Fed Chair Jerome Powell.

As shown in the LPL Chart of the Day, Market Widely Expects A Second Rate Cut On September 18, the Fed is widely expected to lower its policy rate 0.25% to a target range of 1.75–2%, following the first cut of the cycle in July. With a 0.25% cut largely baked into market expectations, markets will be paying close attention to forward guidance and whether improving economic data will have lowered the likelihood of further cuts. There almost certainly will be a tweet from President Trump critical of the Fed’s decision, but unless there is a direct threat to interfere with Fed independence, markets are unlikely to pay much attention.

“Unless there’s a big surprise, the markets’ response to tomorrow’s Fed announcement will focus on forward guidance,” said LPL Financial Chief Investment Strategist John Lynch. “U.S. economic data has been stabilizing, but the risks around trade and slowing global growtth are still in play. Fed Chair Jerome Powell will have to steer a careful course between reassuring markets and recognizing an economy still exhibiting record low unemployment, fairly steady growth, and signs of a small but meaningful uptick in inflation.”

Here is what we’ll be watching:

How the policy statement will characterize the economy. Despite a short-term pick-up in inflation, the Fed will need to be careful about raising any concerns. Downgrading its characterization of business investment while highlighting strong consumer spending may provide a way to balance the case for monetary easing while acknowledging underlying economic strength. Any mention of a short-term pick-up in inflation would tilt negative for markets.

Dissents to the policy decision. In July there were two dissents against the rate cut. Those two members may dissent again. A third dissent, while unlikely, would signal that additional cuts may have waning support.

Forecasts. Keep an eye on the economic growth forecast for 2020. Little movement from the 2% forecast for gross domestic product (GDP) growth in June would signal continued confidence. The policy rate outlook will be lowered, since the median forecast in June was for no cuts in 2019. Markets will be looking for three cuts in 2019 and will be disappointed by two. Also watch for any reduction in the long-term GDP rate.

How Powell handles the press conference. Powell’s characterization of the Fed’s rate cut as a “mid-cycle adjustment” at the press conference following the July meeting sent the S&P 500 Index into a four-day tailspin. We think he will stick to his talking point, but he’ll try to frame it in an accommodative way, emphasizing the Fed’s data dependency and willingness to step in if needed. The recent attack on Saudi oil facilities may give Powell extra cover to emphasize economic risks, but improving economic data and a pickup in inflation will give him little wiggle room. Powell has occasionally stumbled in his press conferences when framing the Fed’s intentions, and this one may be particularly challenging.

The opinions voiced in this material are for general information only and are not intended to provide specific advice or recommendations for any individual security. To determine which investment(s) may be appropriate for you, consult your financial advisor prior to investing. The economic forecasts set forth in this material may not develop as predicted.

All indexes are unmanaged and cannot be invested into directly. Unmanaged index returns do not reflect fees, expenses, or sales charges. Index performance is not indicative of the performance of any investment. All performance referenced is historical and is no guarantee of future results.

Investing involves risks including possible loss of principal. No investment strategy or risk management technique can guarantee return or eliminate risk in all market environments.

This Research material was prepared by LPL Financial, LLC.