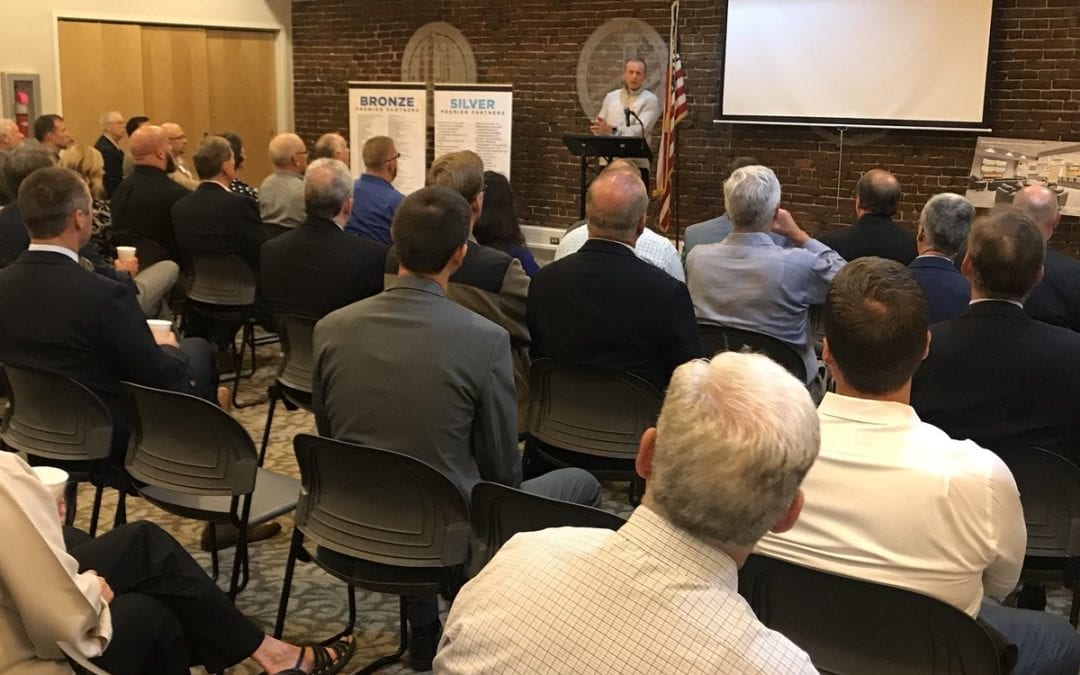 “There is a motto that Rick Barnes set with the team. It’s called INAM…”

Jeff Sweat, CFP® is one of our founding partners.  His favorite thing to do is serve others – in his career as a financial planner, and in his community.  “Being a servant is how I live out my faith.  It humbles and motivates me.”  Jeff helps coordinate TVAMP’s annual “giving budget” and volunteer work.

I had the privilege of attending a Knoxville Chamber event that had Coach Rick Barnes as the guest speaker.

As we sat down once the event started, I was expecting to hear X’s and O’s of the UT basketball team. What I got was much more. Although I had not planned on taking notes, I opened my phone three minutes into his speech and proceeded to take over a page of notes!

Amazingly, only about 40% of the conversation was specific to the team and players.

Much of Rick Barnes’ time was spent talking to the audience about his faith in God and what a large role it plays in his life and his family. He spoke about culture and how he has established it within his programs.  He quoted John Wooden and many more.

There is a motto that Rick Barnes set with the team: INAM – which is an acronym that stands for “It’s Not About Me.”

Every player is expected to sacrifice for the team.  And I guess to prove that he lives his life by the same standard, he started and ended the speech with “Be patient with the football team.” Wow! I guess it isn’t about him!

I went to that chamber event liking Rick Barnes…

… but I left with a whole new level of admiration and respect for him. He is much more than a great coach; he is truly a great person.

I feel honored and proud to call Rick Barnes my coach –  and that won’t change no matter how many games he wins.