Will The Fed Go Three For Three? 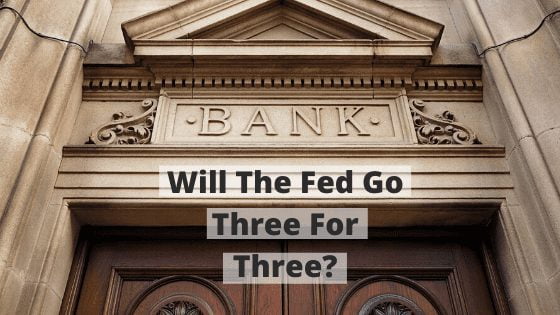 The Federal Reserve Bank (Fed) is widely expected to cut interest rates on Wednesday, October 30, which would be the third cut this year after nine consecutive hikes.

The Federal Reserve Bank (Fed) is widely expected to cut interest rates on Wednesday, October 30, which would be the third cut this year after nine consecutive hikes.

The current fed funds rate target is 1.75–2%, with a 25 basis point cut likely happening this week. As discussed in Market Tricks and Treats, we think there will be only one more rate cut this year, and we don’t expect the Fed to take its policy rate below 1.5%, even in 2020.

It is important to note that the Fed started new cycles of rate cuts in 2001 and 2007 with 50 basis point cuts, implying they were more worried than they were letting on. Seeing that this cycle has had cuts of only 25 basis points so far, the cuts are being viewed more as “insurance” rather than warding off an impending recession.

“We’ve seen periods of economic slowdowns that had three consecutive 25 basis point cuts, most recently in the mid- and late 1990s,” explained LPL Financial Senior Market Strategist Ryan Detrick. “The good news is the economy accelerated after the slowdowns and stocks did quite as well.”

As history shows, we don’t have to fear more Fed rate cuts, instead they just might have bulls smiling.

The opinions voiced in this material are for general information only and are not intended to provide specific advice or recommendations for any individual security. To determine which investment(s) may be appropriate for you, consult your financial advisor prior to investing. The economic forecasts set forth in this material may not develop as predicted.

All indexes are unmanaged and cannot be invested into directly. Unmanaged index returns do not reflect fees, expenses, or sales charges. Index performance is not indicative of the performance of any investment. All performance referenced is historical and is no guarantee of future results.

Investing involves risks including possible loss of principal. No investment strategy or risk management technique can guarantee return or eliminate risk in all market environments.

This Research material was prepared by LPL Financial, LLC.